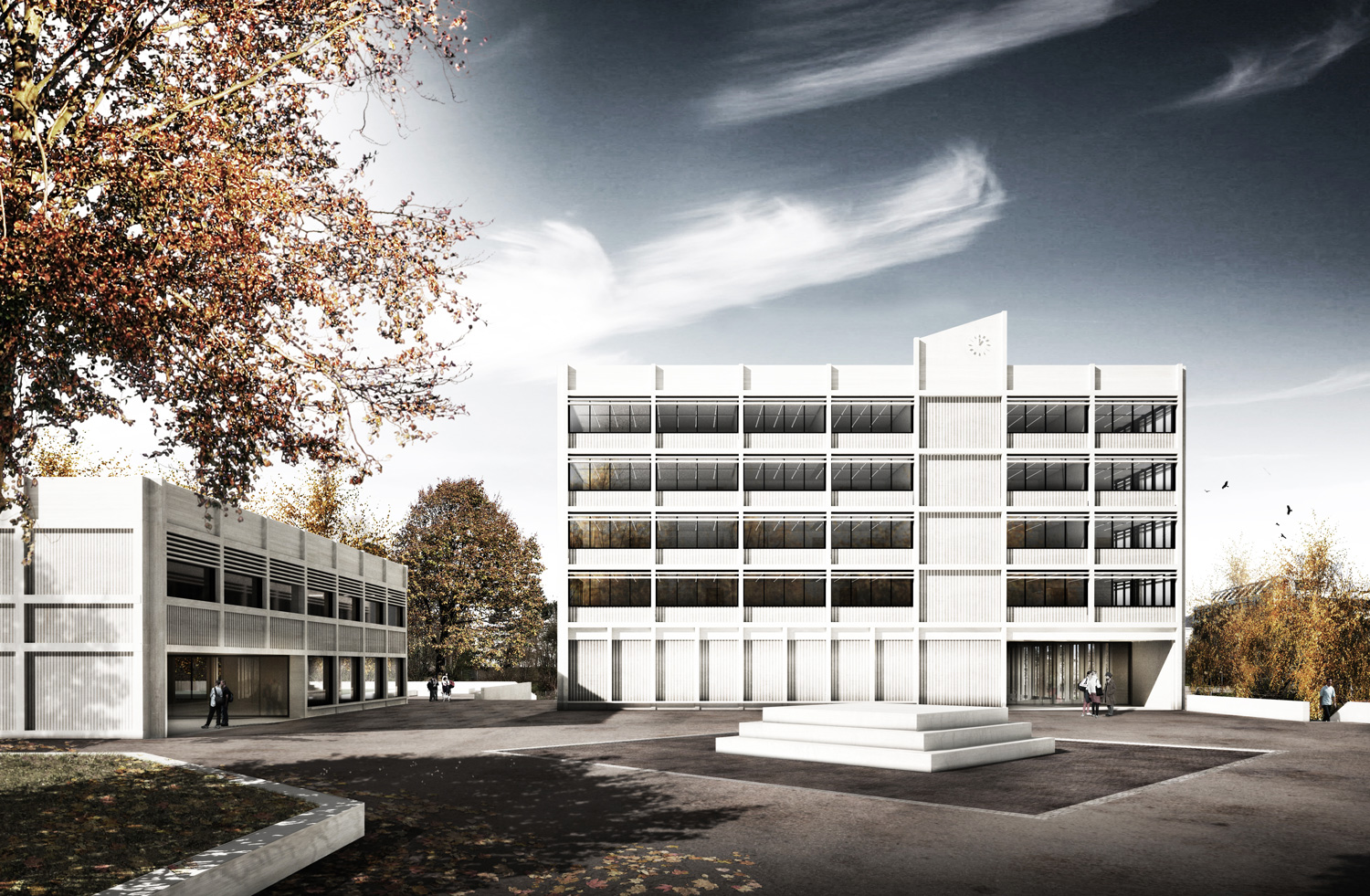 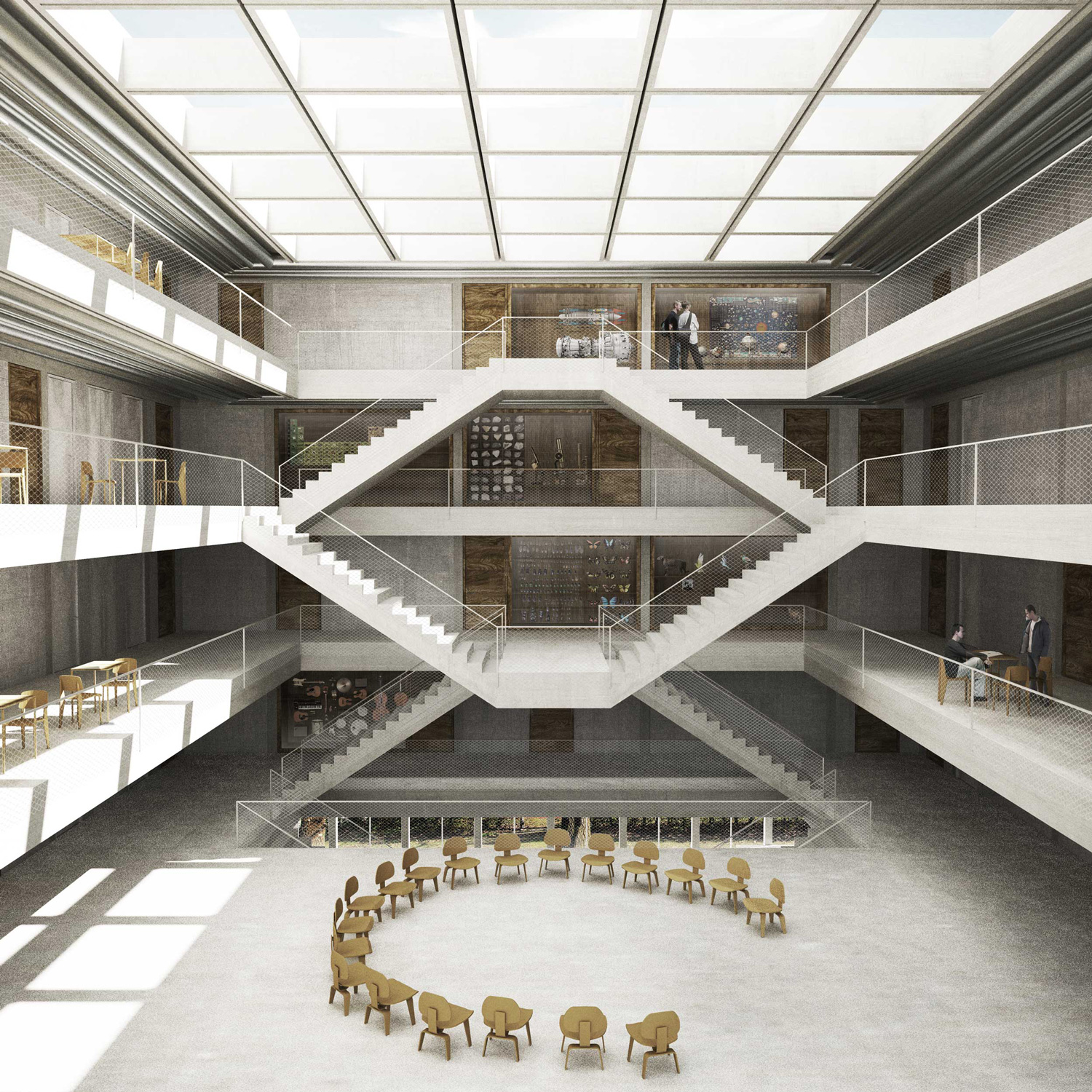 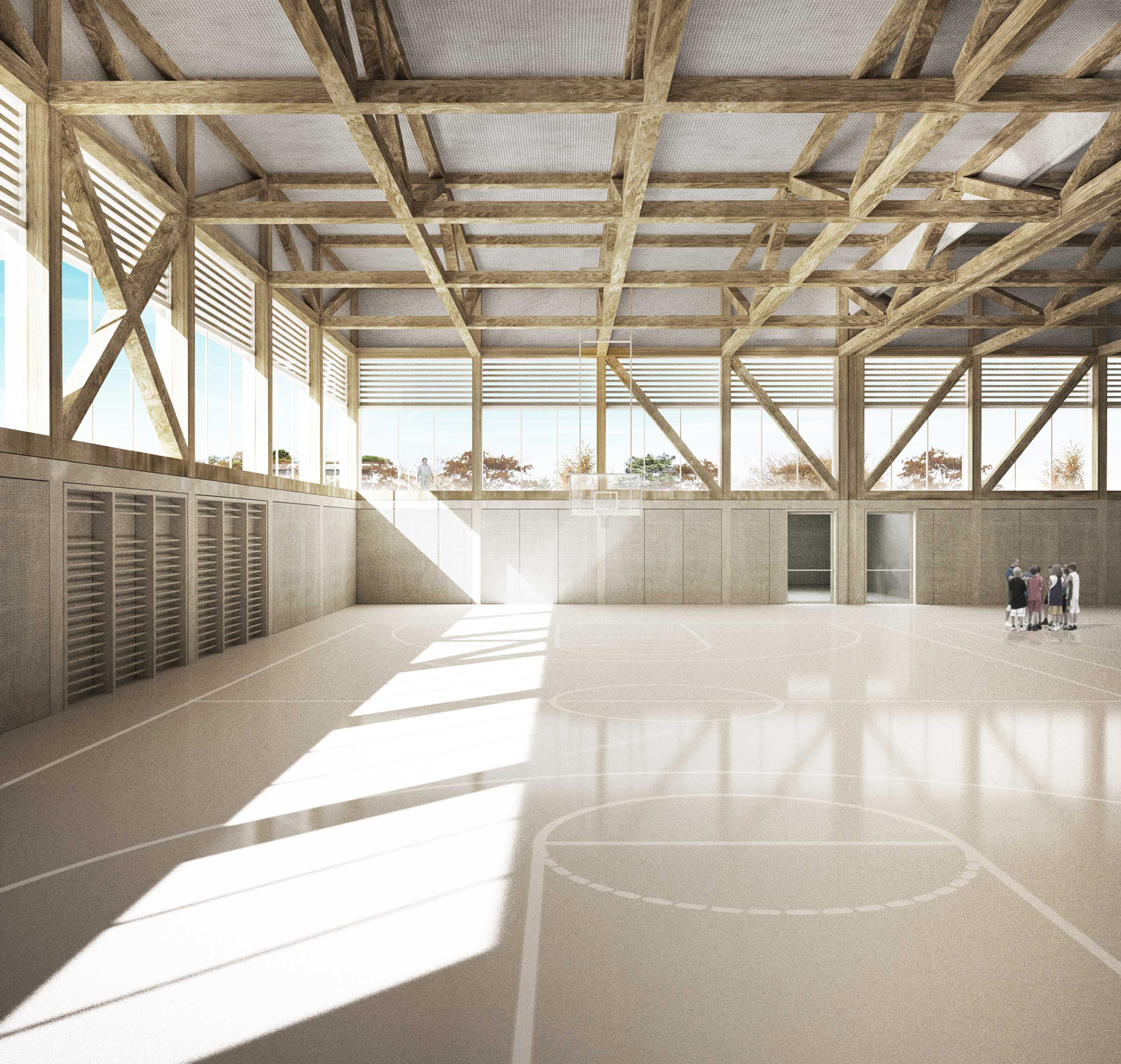 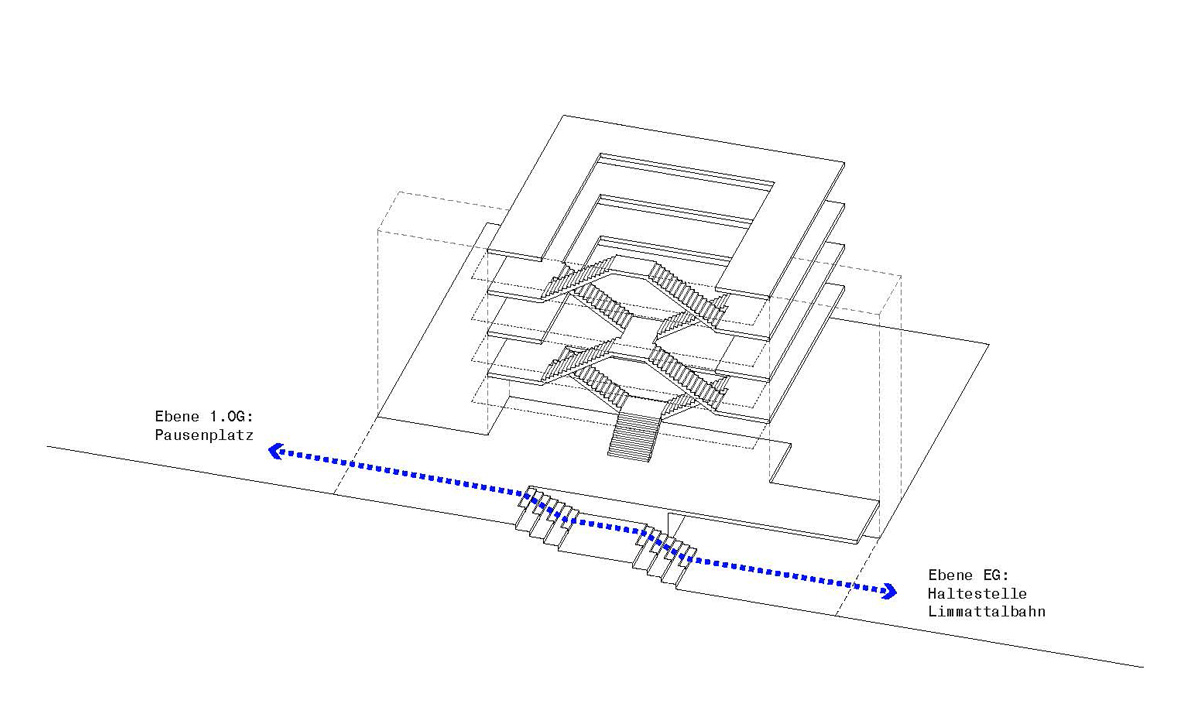 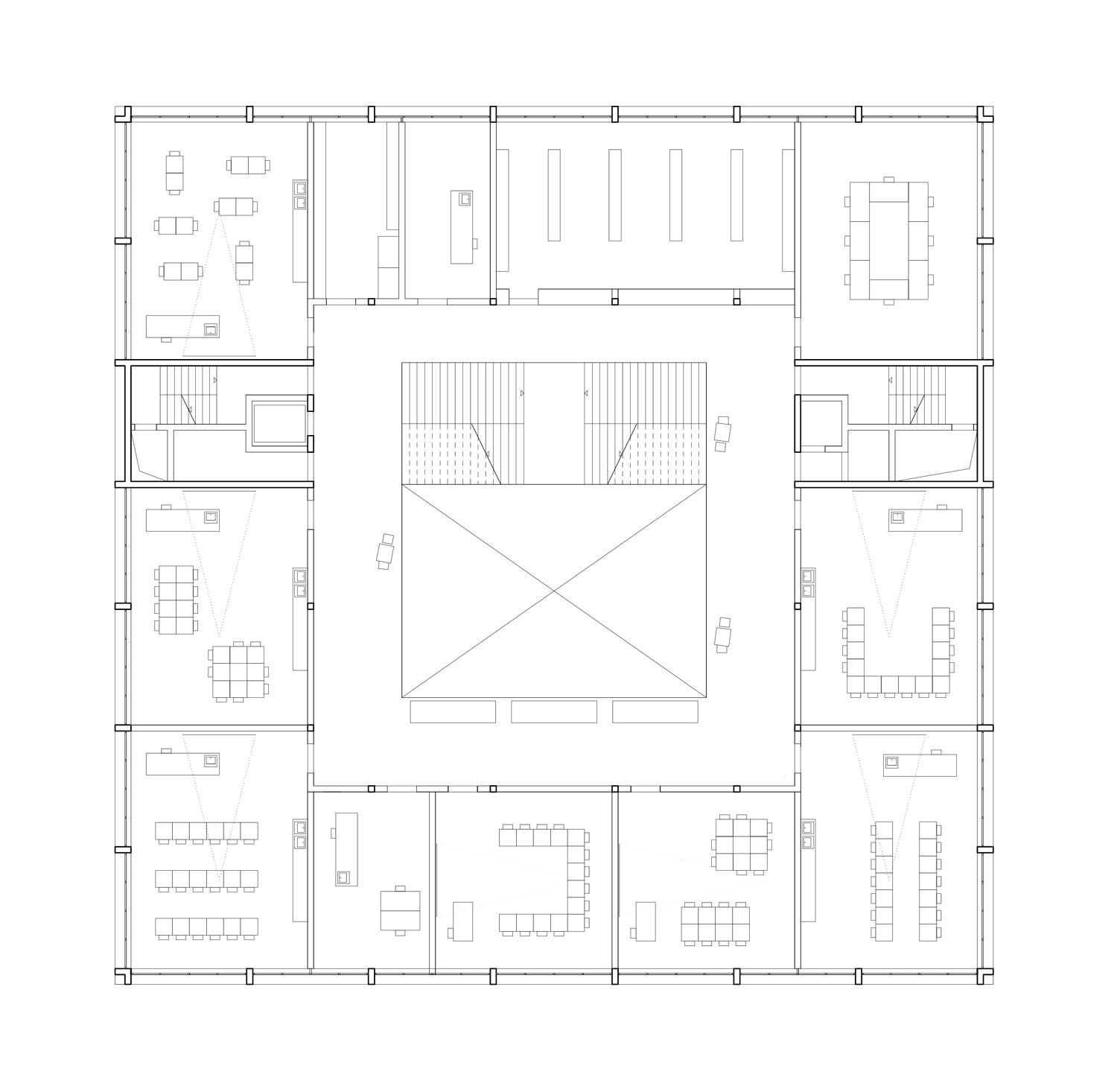 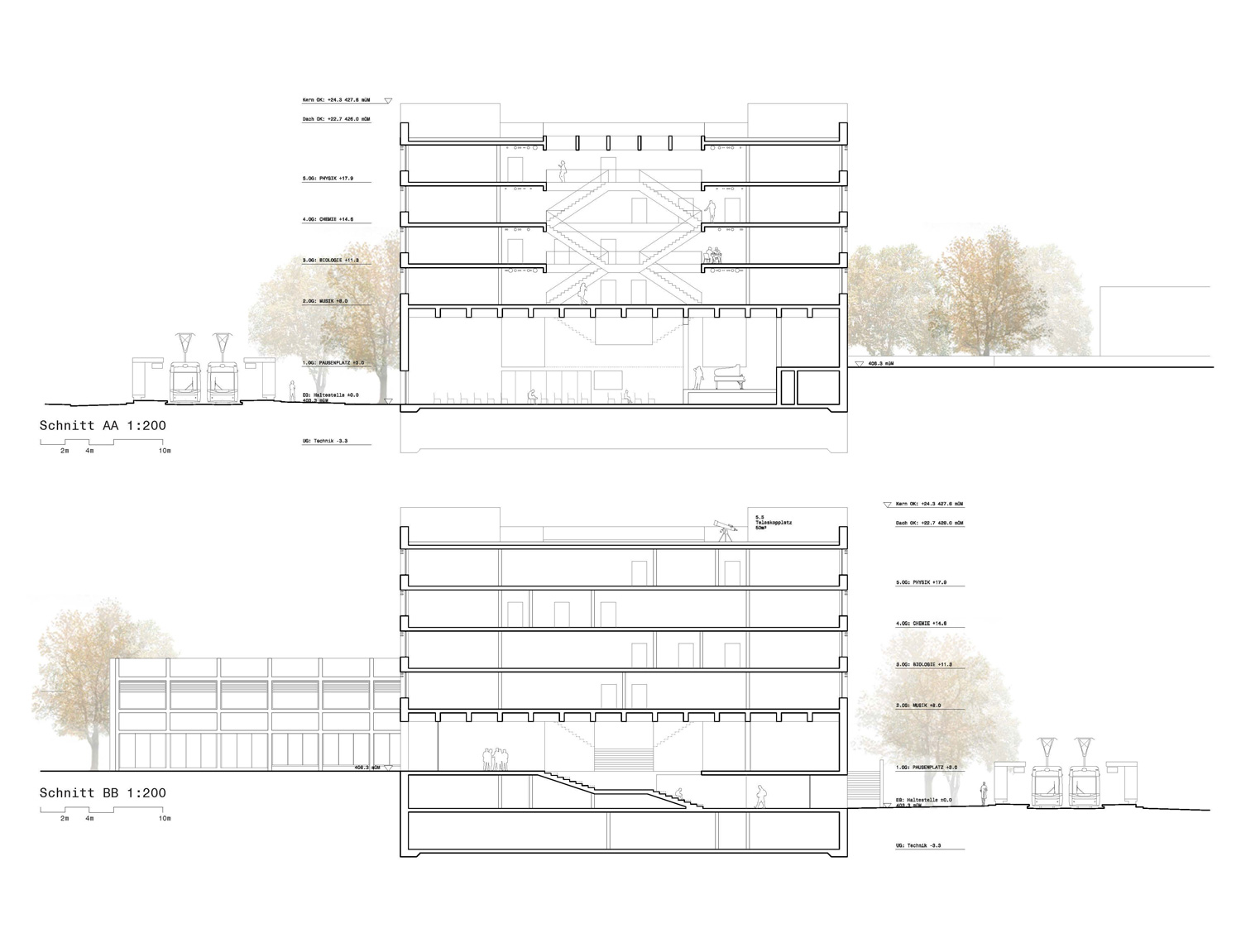 The two new building structures for the Limmattal Cantonal School extend the existing school campus and together create a central space for exchange. The first volume contains the lecture theatre and classrooms, with four sports halls and a carpark below in the other.

The school campus is completed with the proposed taller structure as a ‘head building’ beside the new Limmattalbahn train station; this volume will distinguish the site and create an entry point to the north. The cube flanks both outside sports fields and also, together with the new sports hall building, flanks the southern school yard.

The additional buildings are accessible from various directions and on different levels and thus fit with the logic of the existing campus, which equally has several access points. The ‘head building’ is divided into two parts horizontally: a public section and a teaching section.

The public part of the school building beside the Limmattalbahn station, with the lecture theatre, connects the sportsfield level and the level of the higher placed school yard in front of the existing canteen.

The teaching section that lies over the lecture theatre in the head building is organised on the four upper storeys as rings around an atrium with the central main staircase. Each storey is dedicated simply and logically to a subject. The staircase is divided into two zones, like the building sections: in the lower section, in combination with the different levels at ground storey level, the staircase is designed as a rest area and spatially connects both access levels. On the teaching levels, double flights of steps lead to vitrines where objects from the collection rooms are exhibited.

The scale of the new buildings is in harmony with nearby industrial and manufacturing buildings. Design elements and principles from the existing school and its surroundings have been adopted, adapted and freshly interpreted. The two forms thus appear as concrete buildings. Inside, the supporting structure of the school building is constructed as a reinforced concrete skeleton. For reasons of economy the sports hall’s supporting system is realised as a timber frame.