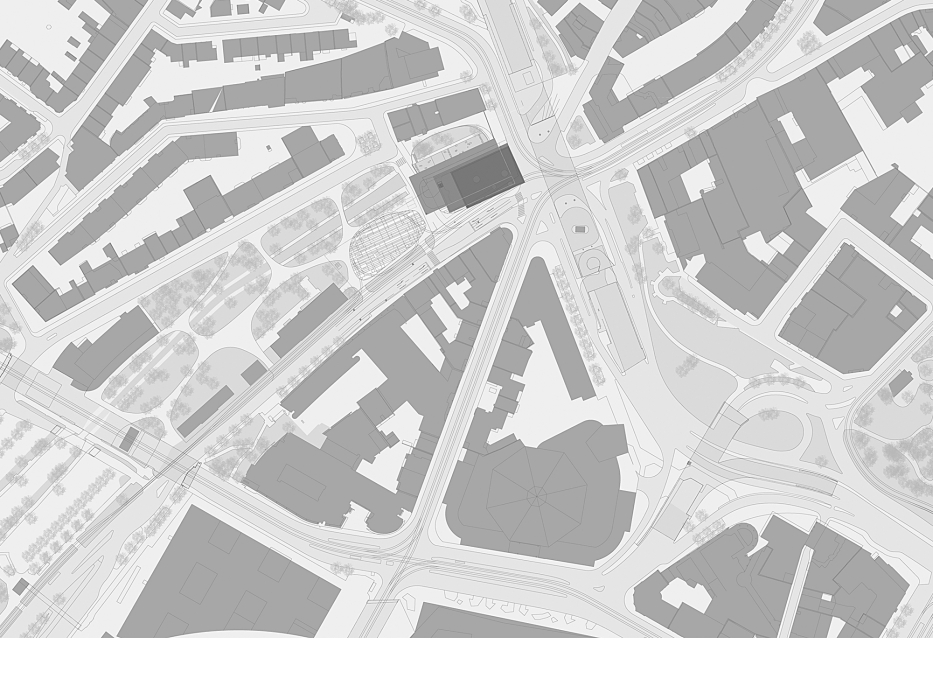 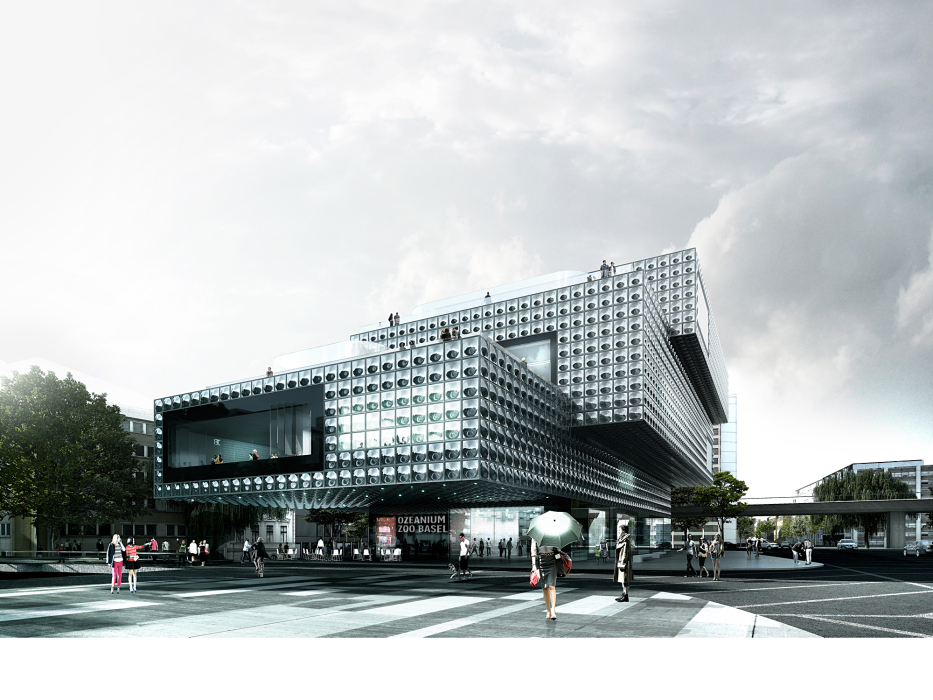 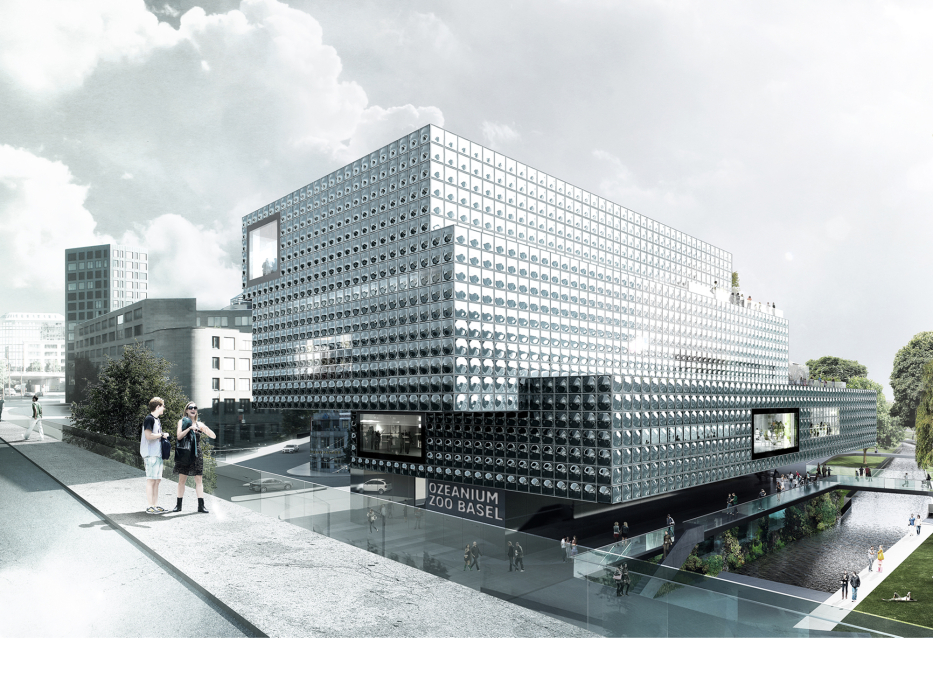 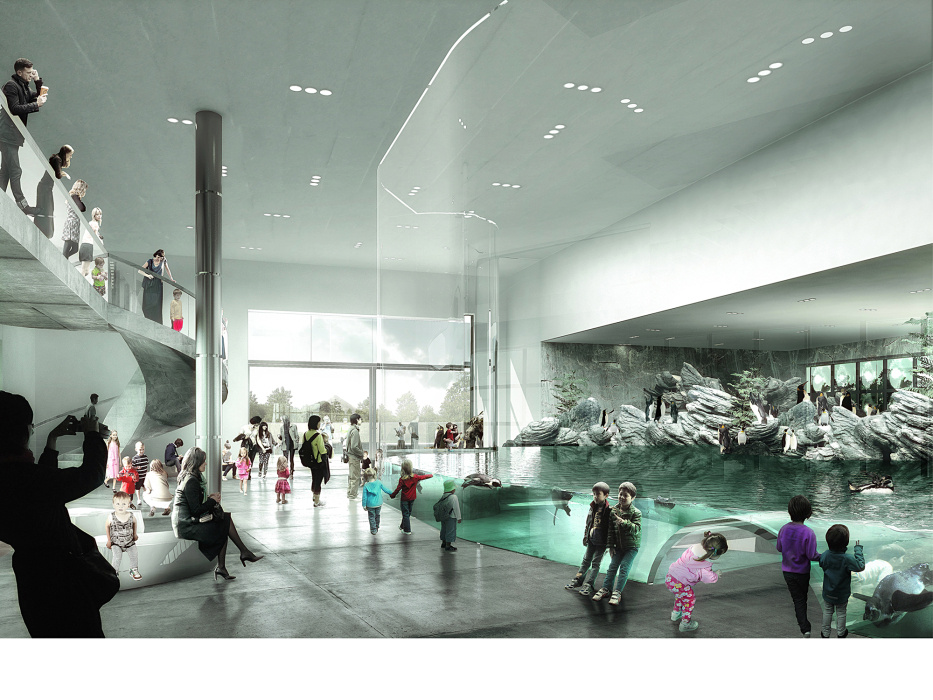 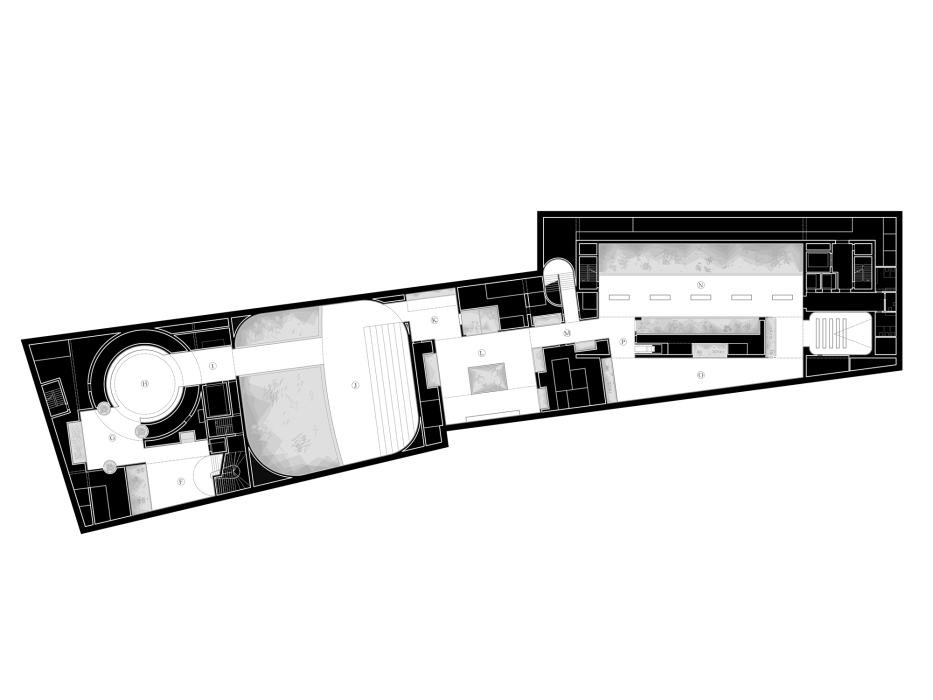 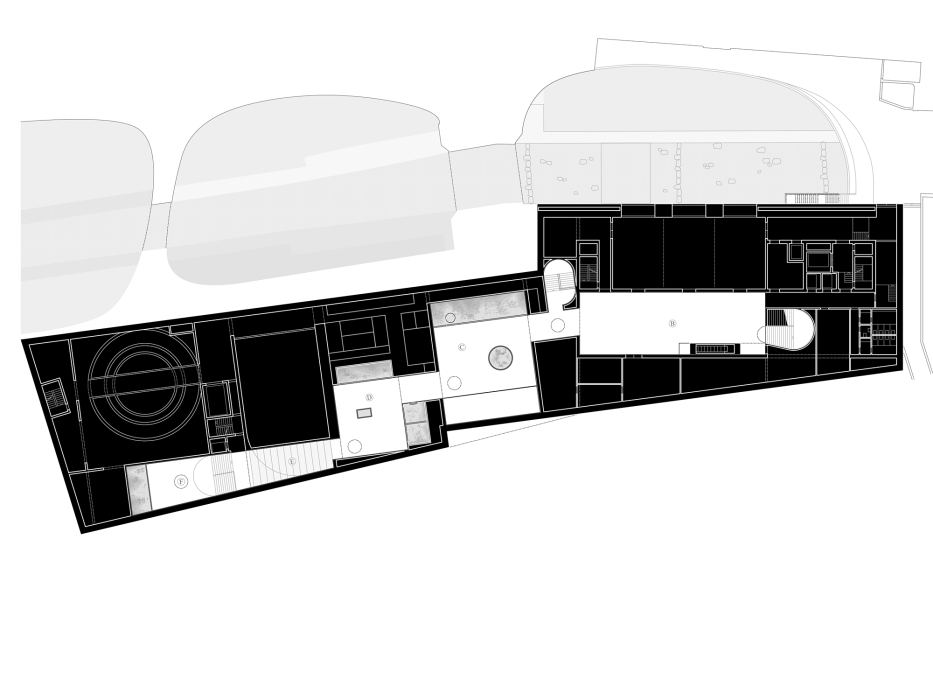 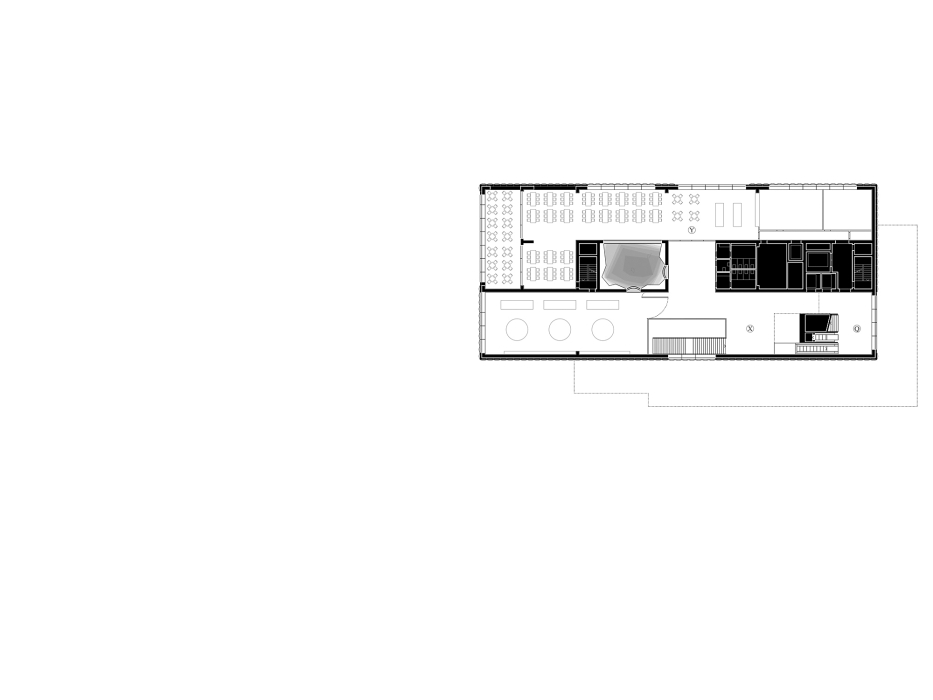 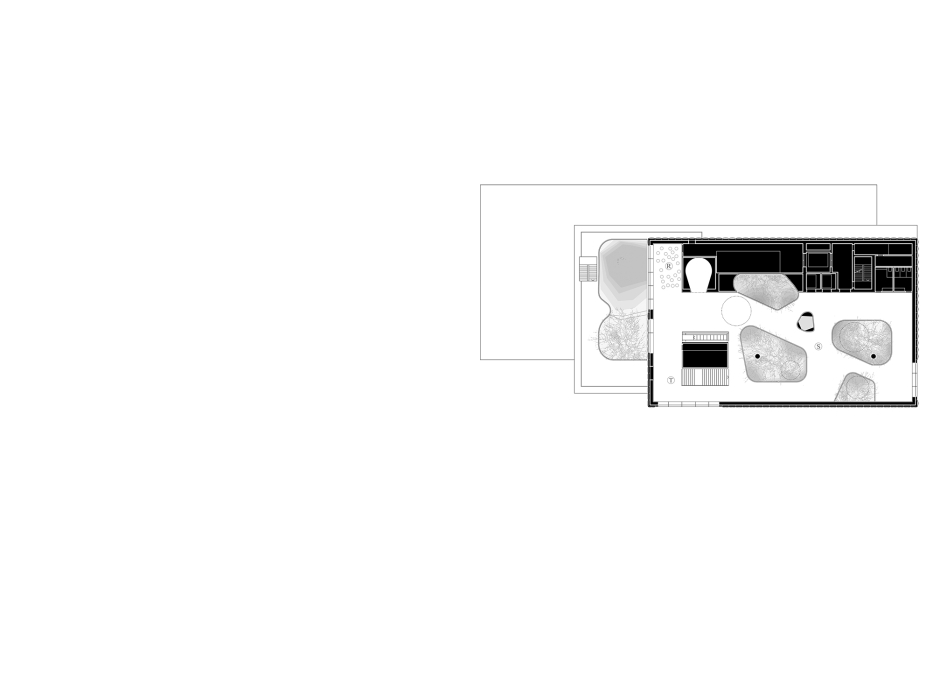 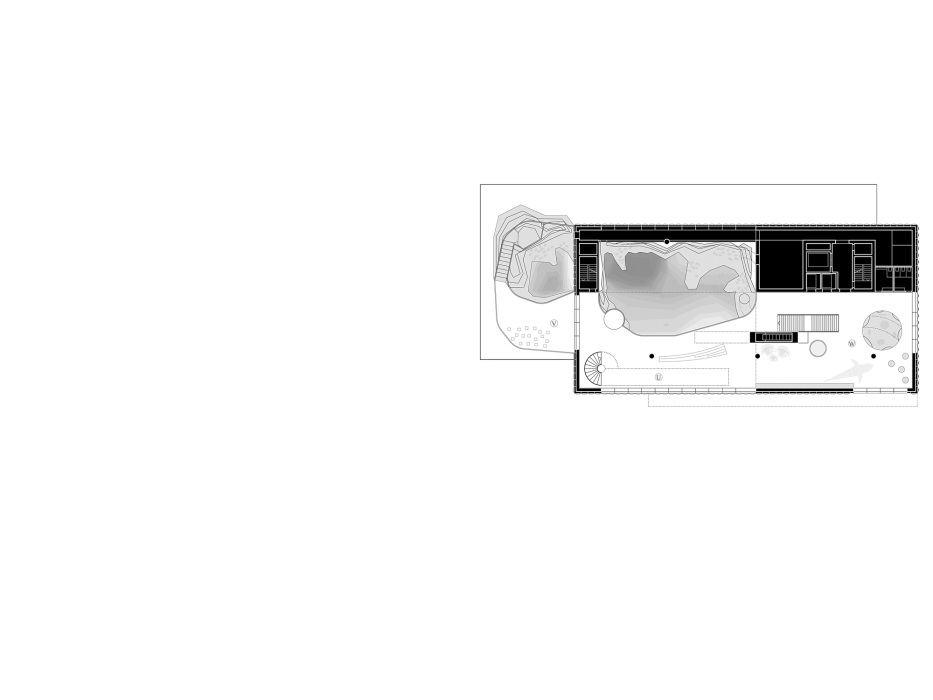 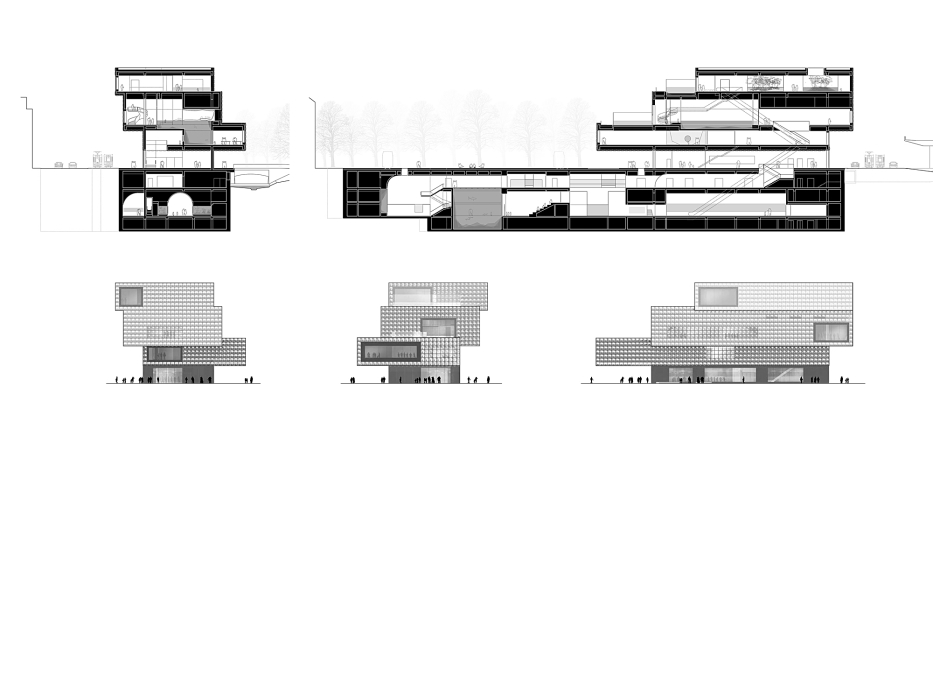 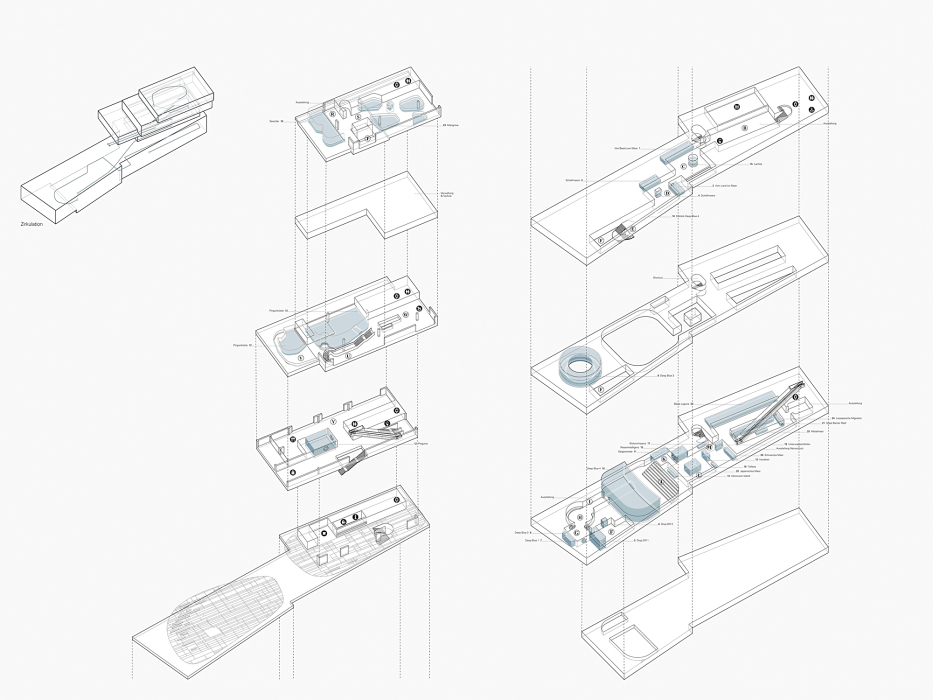 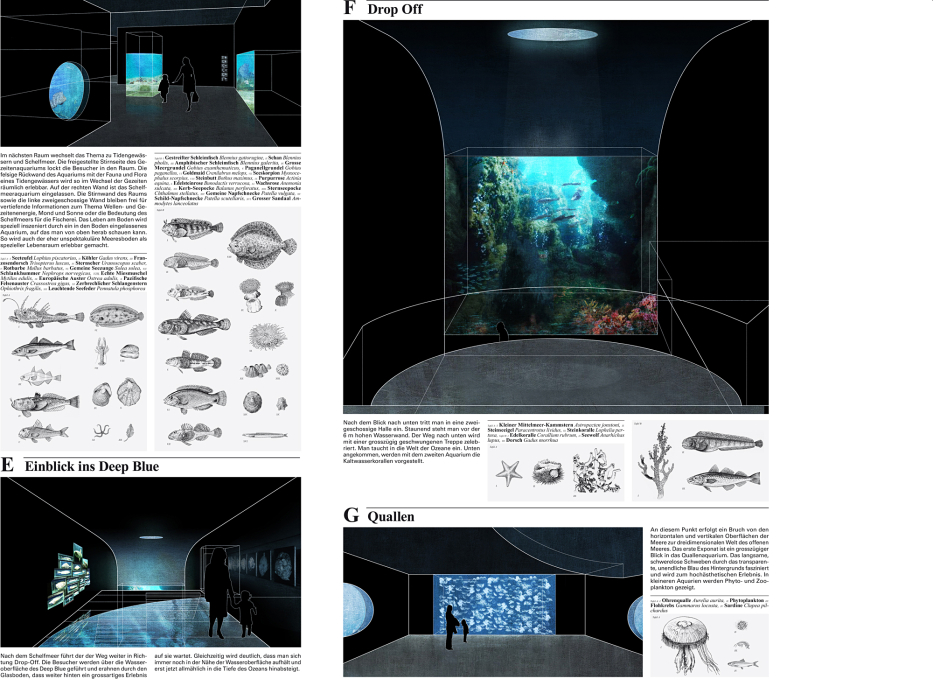 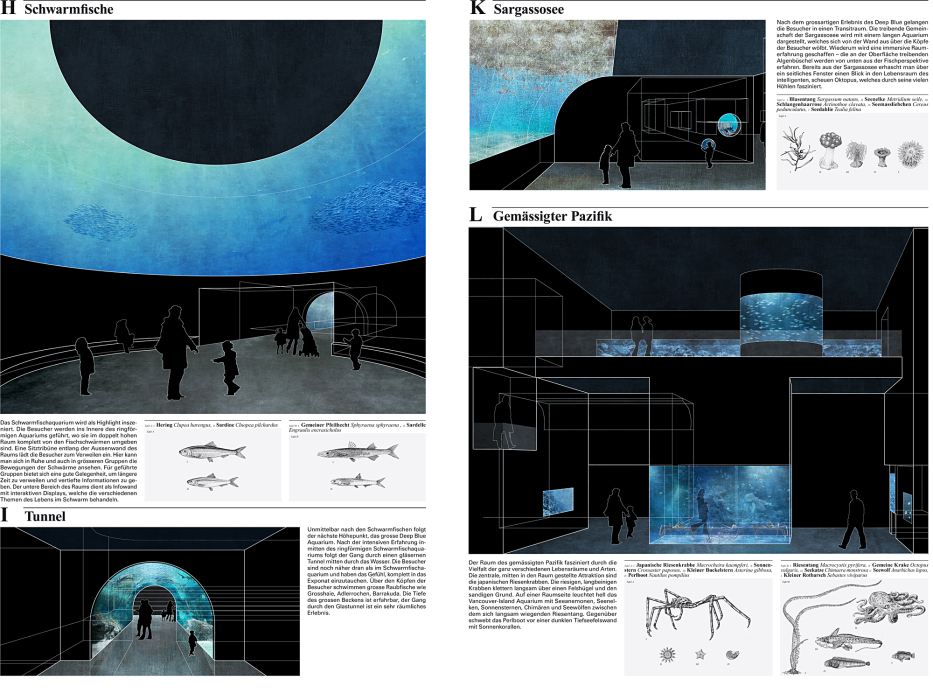 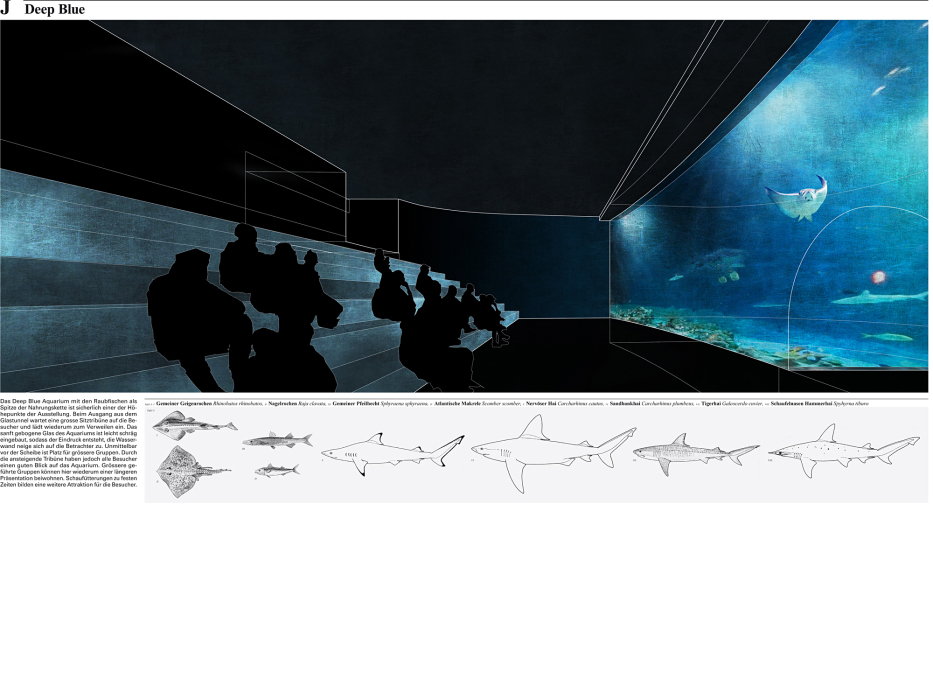 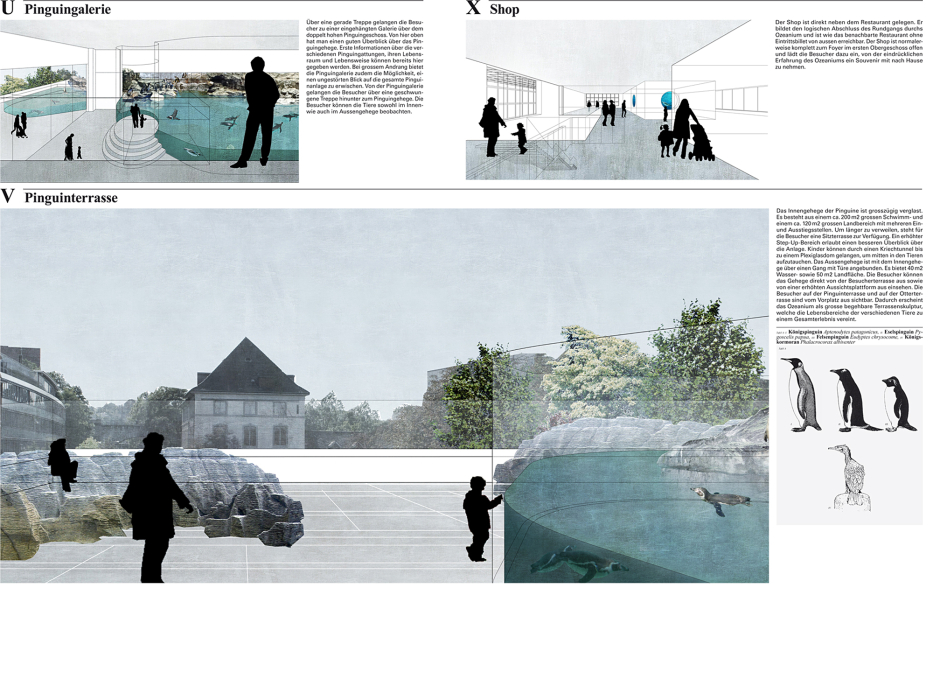 The expressive gesture made by the dynamic volume of the new Ozeanium derives its scale from the topography of the slightly curving Birsig valley which extends into the inner city of Basel, with the new aquarium at its narrowest point. The form of the building responds to its position at an interface. The double cantilever towards the city creates a large-scale reception area. Towards the Birsig the building transforms into a stepped landscape of terraces that are accessible to the public. The stacking of the building volumes gives the Ozeanium a minimal footprint. A homogeneous cladding of undulating glass elements encases the volume, breaking the light in much the same way as a ruffled surface of water.

The complex requirements of the brief for the aquarium were translated into a number of fundamental architectural themes. Accordingly everything that, for the most part, takes place under water is to be found on the under-ground levels. This creates a contrast to the exhibition areas above ground, where, in bright spaces and outdoor terraces, species of animals that live at the interface between water and land are kept.