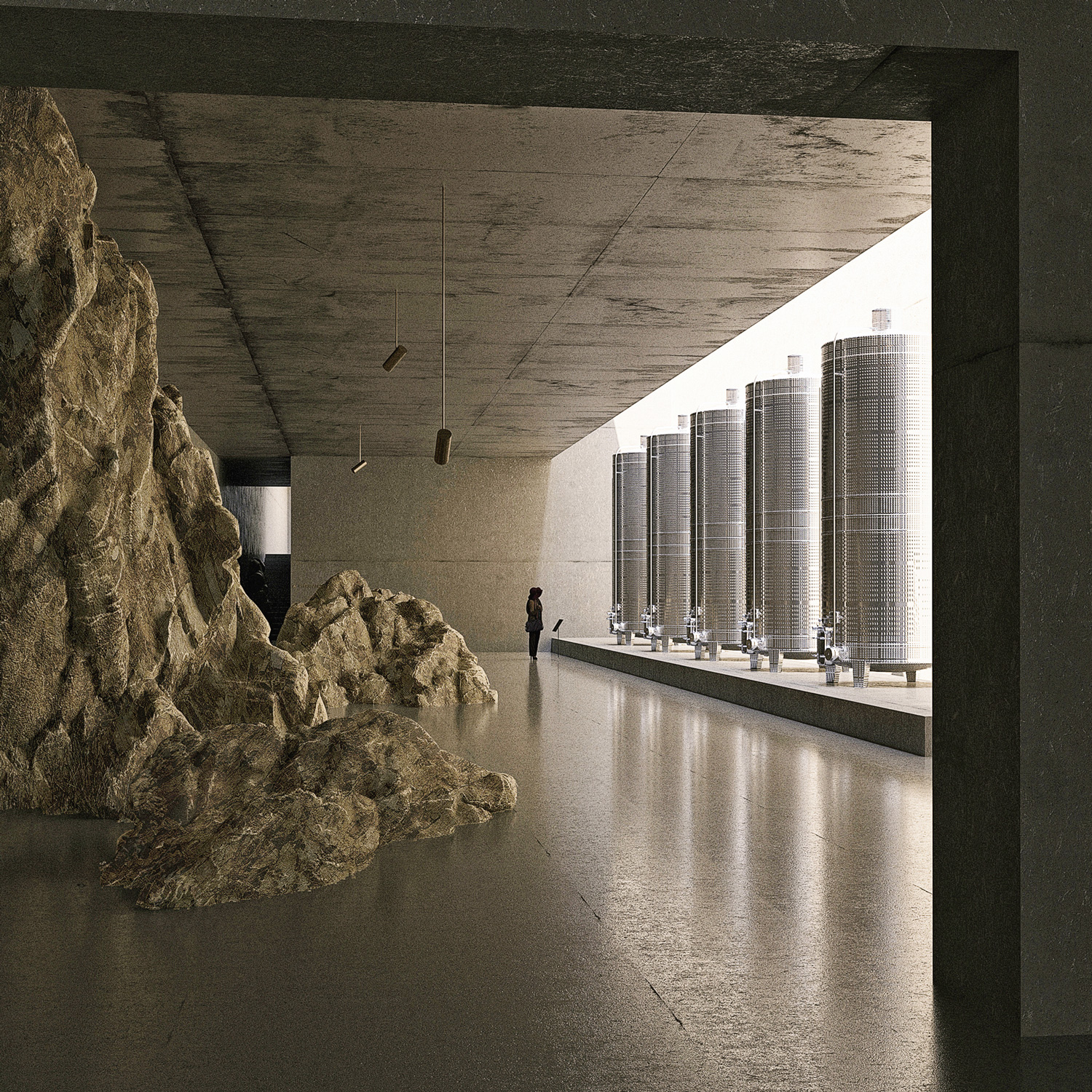 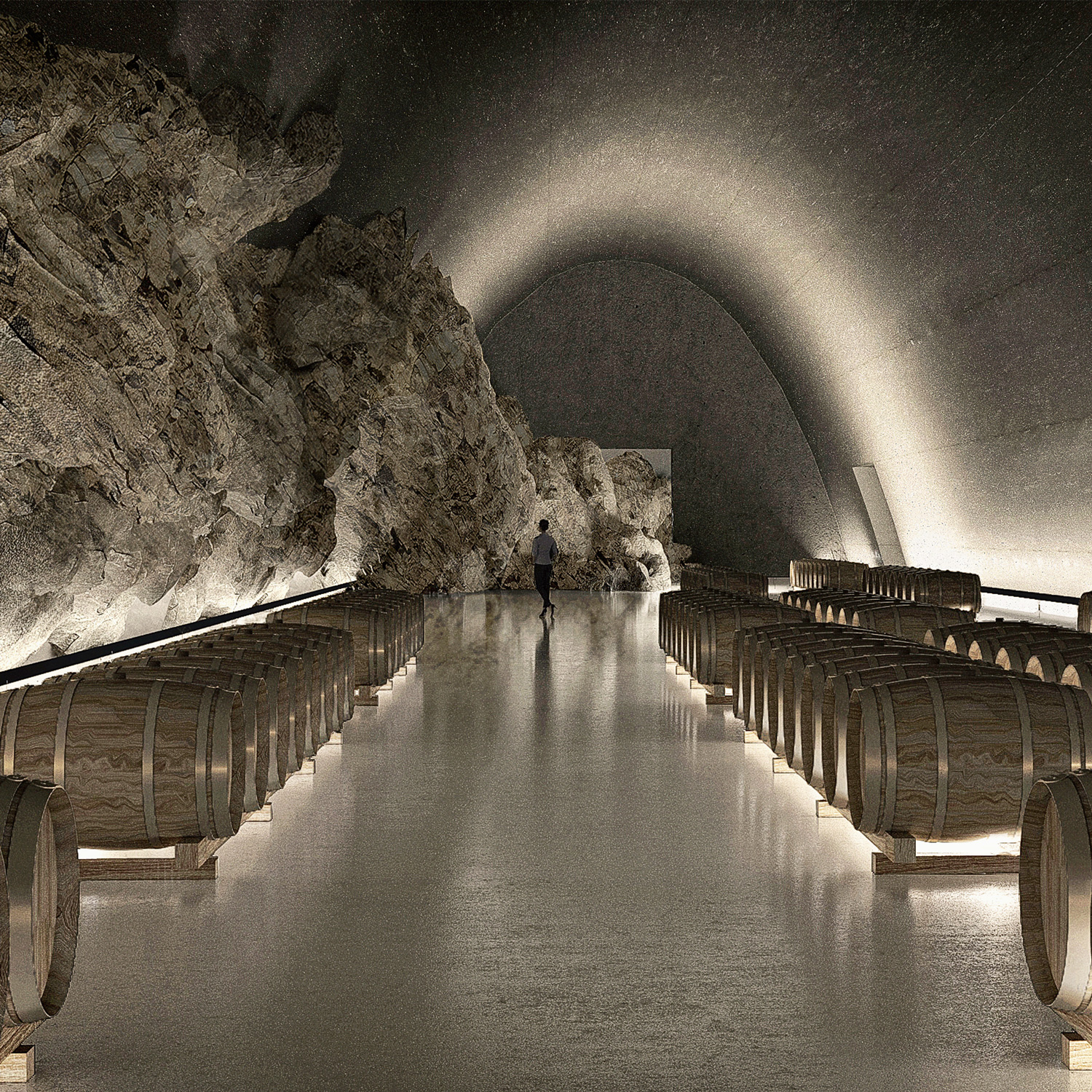 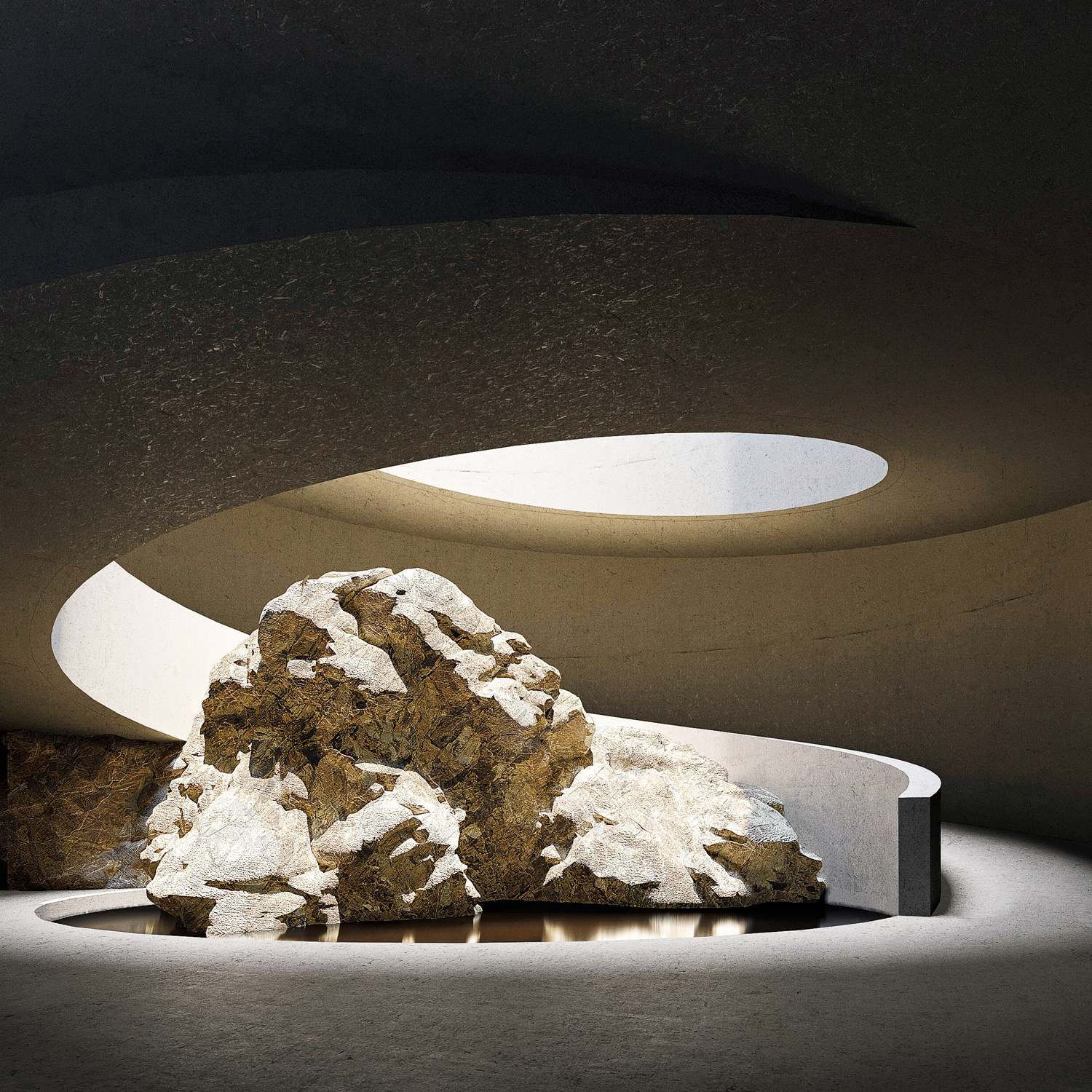 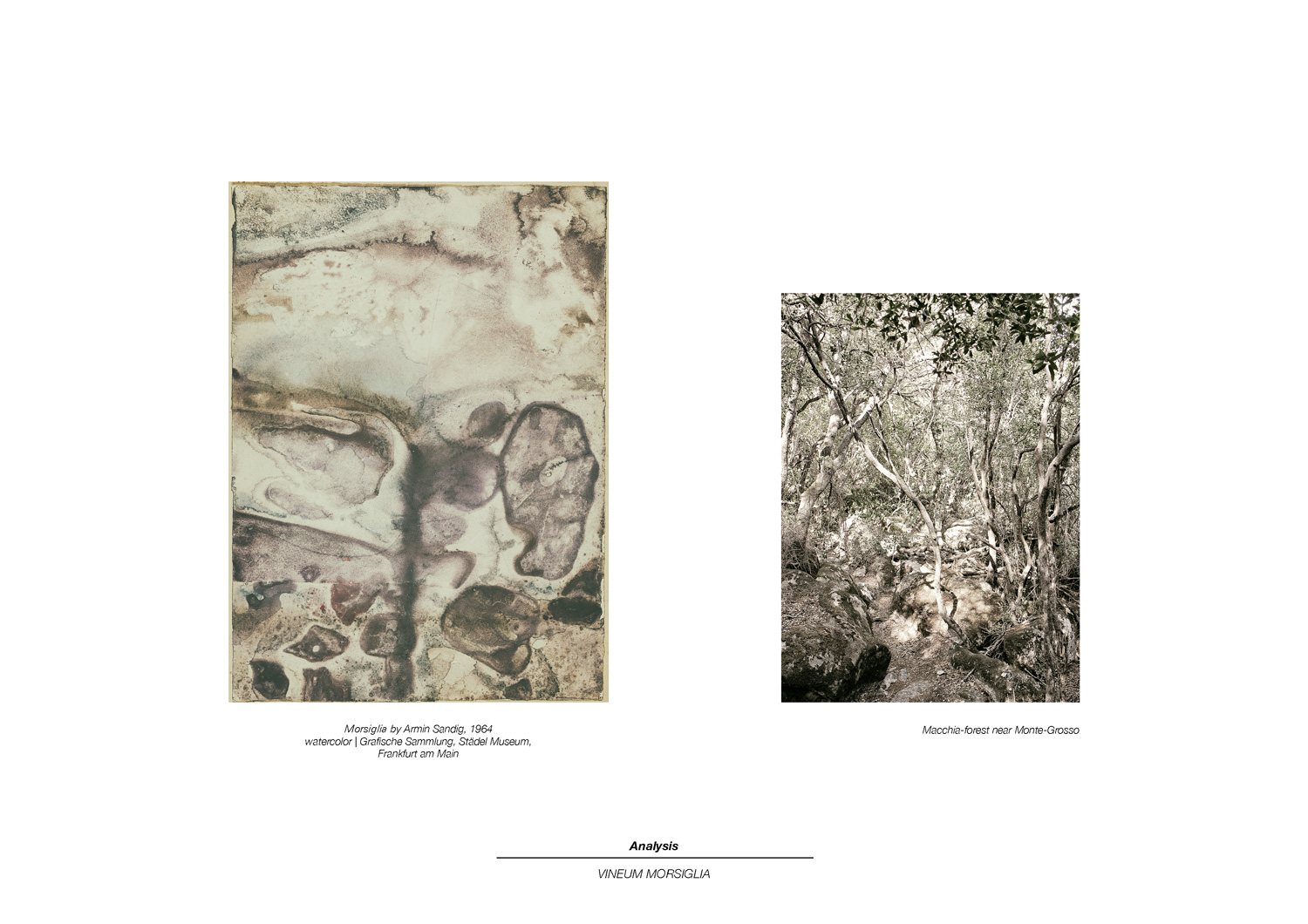 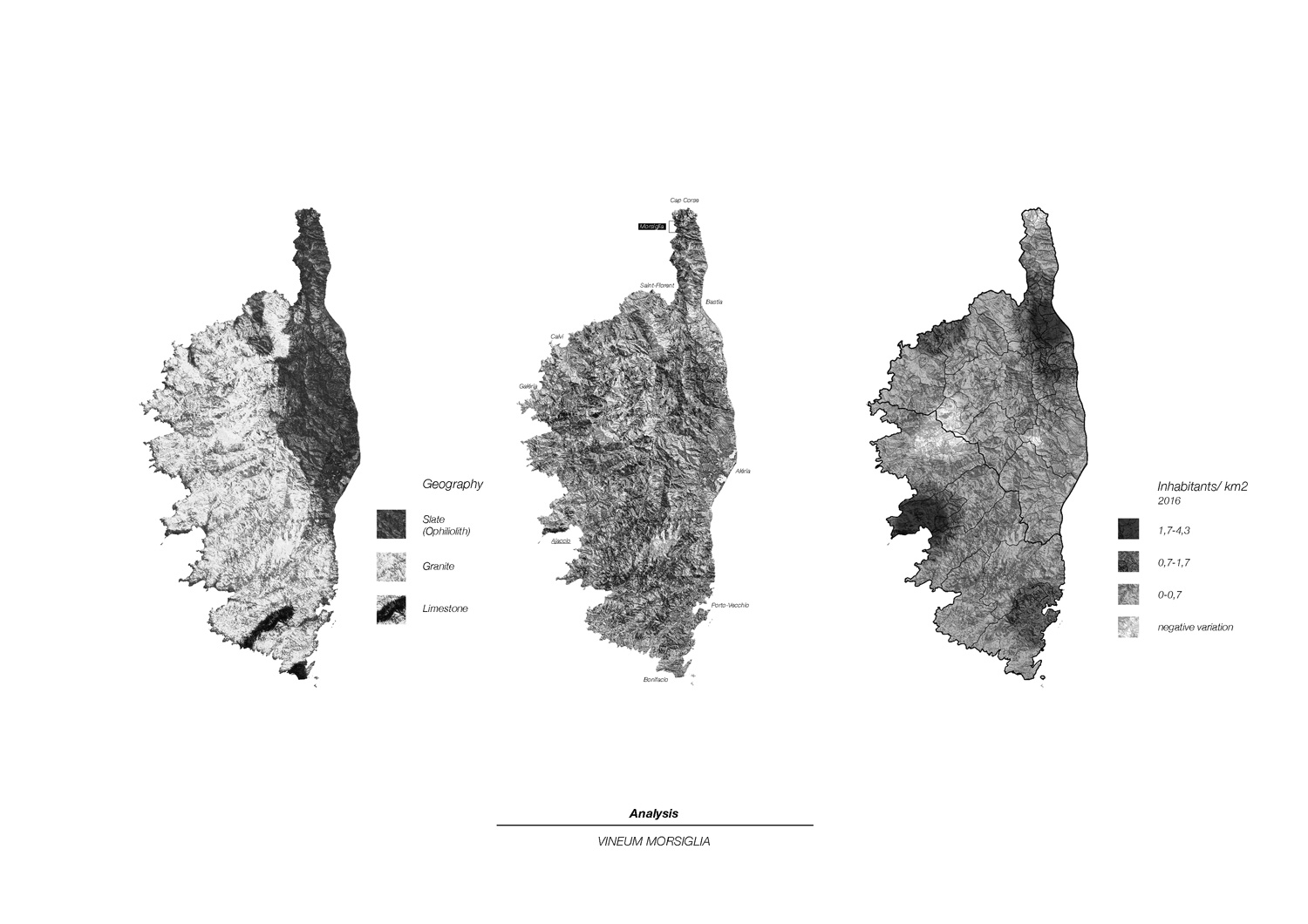 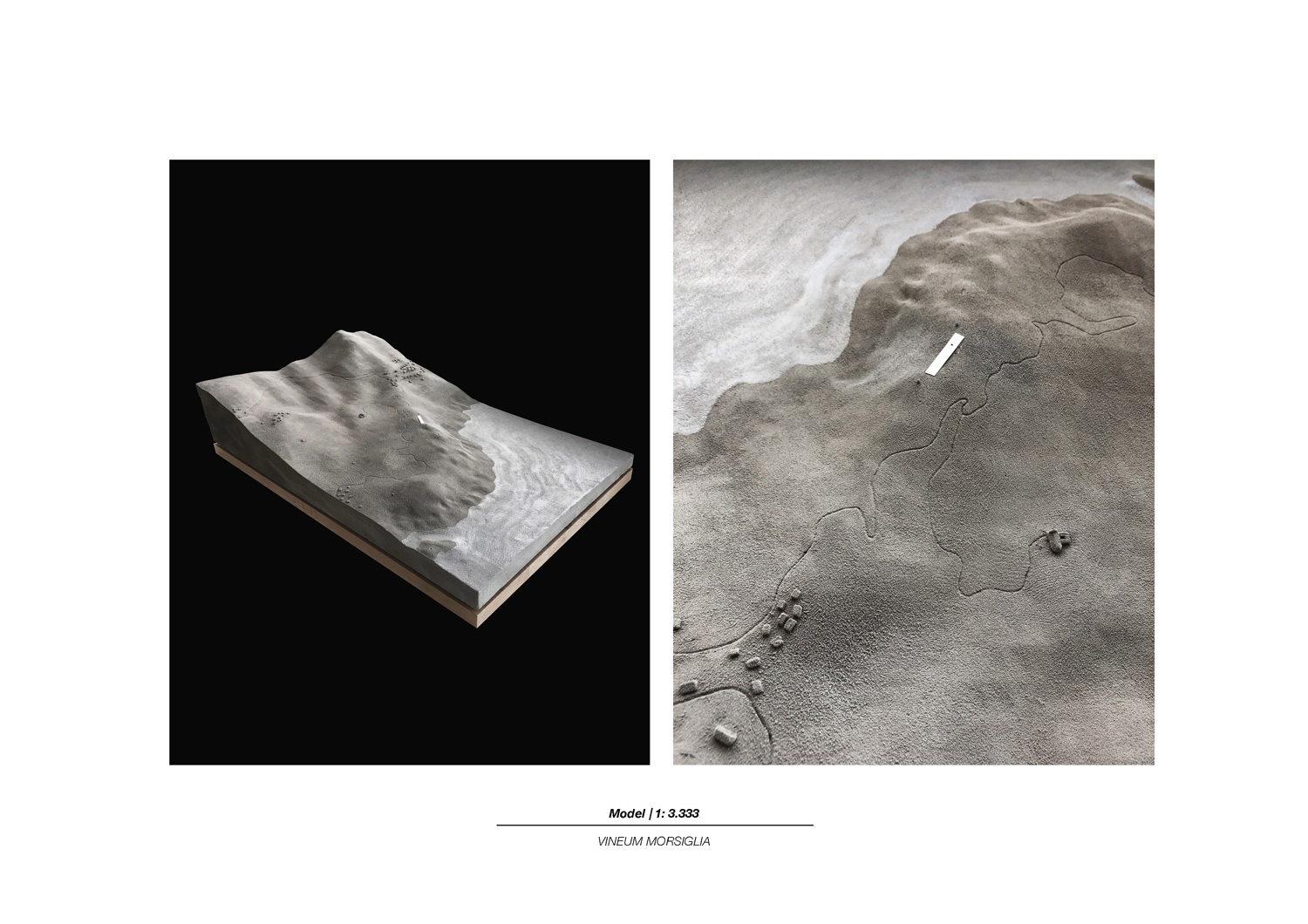 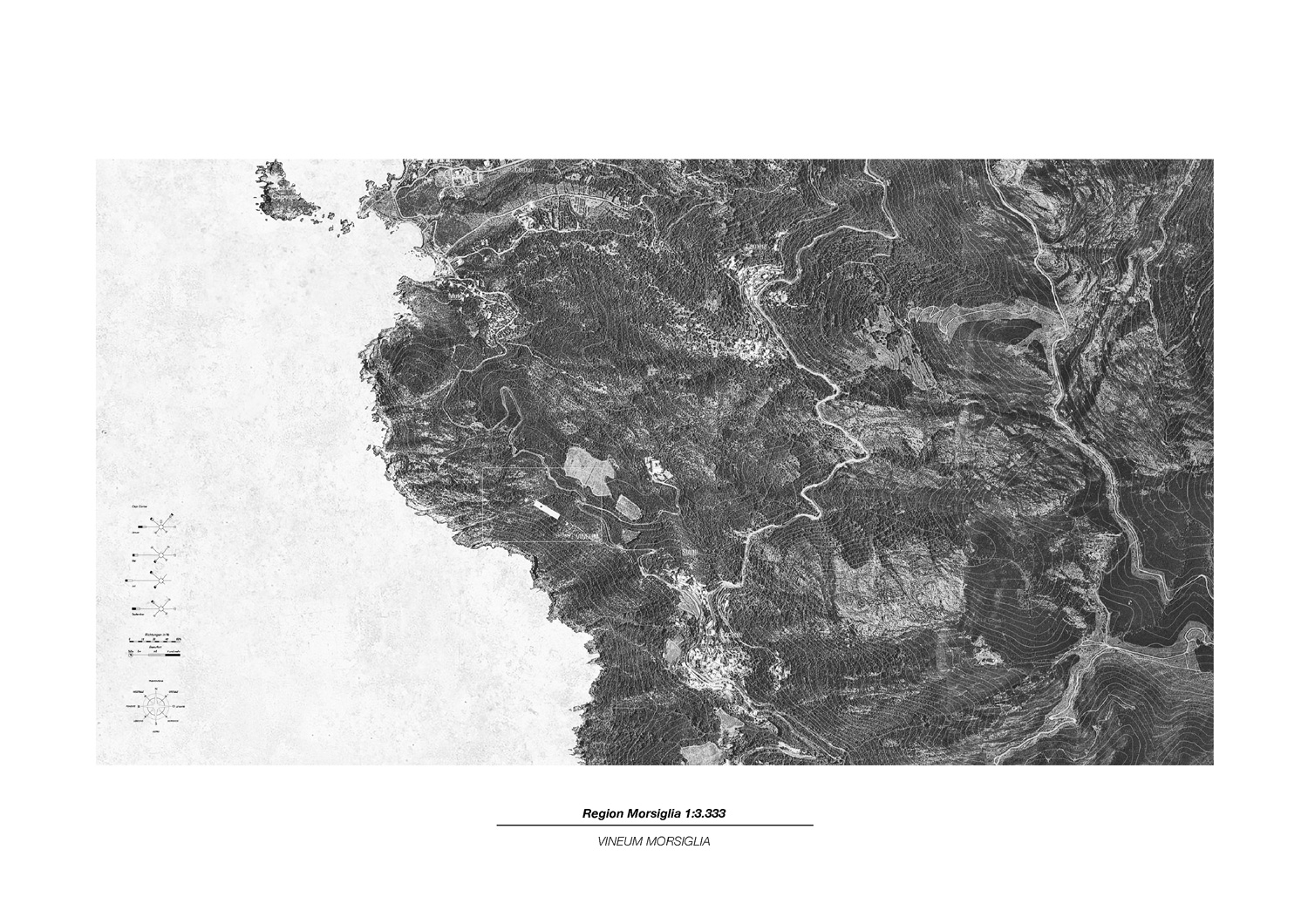 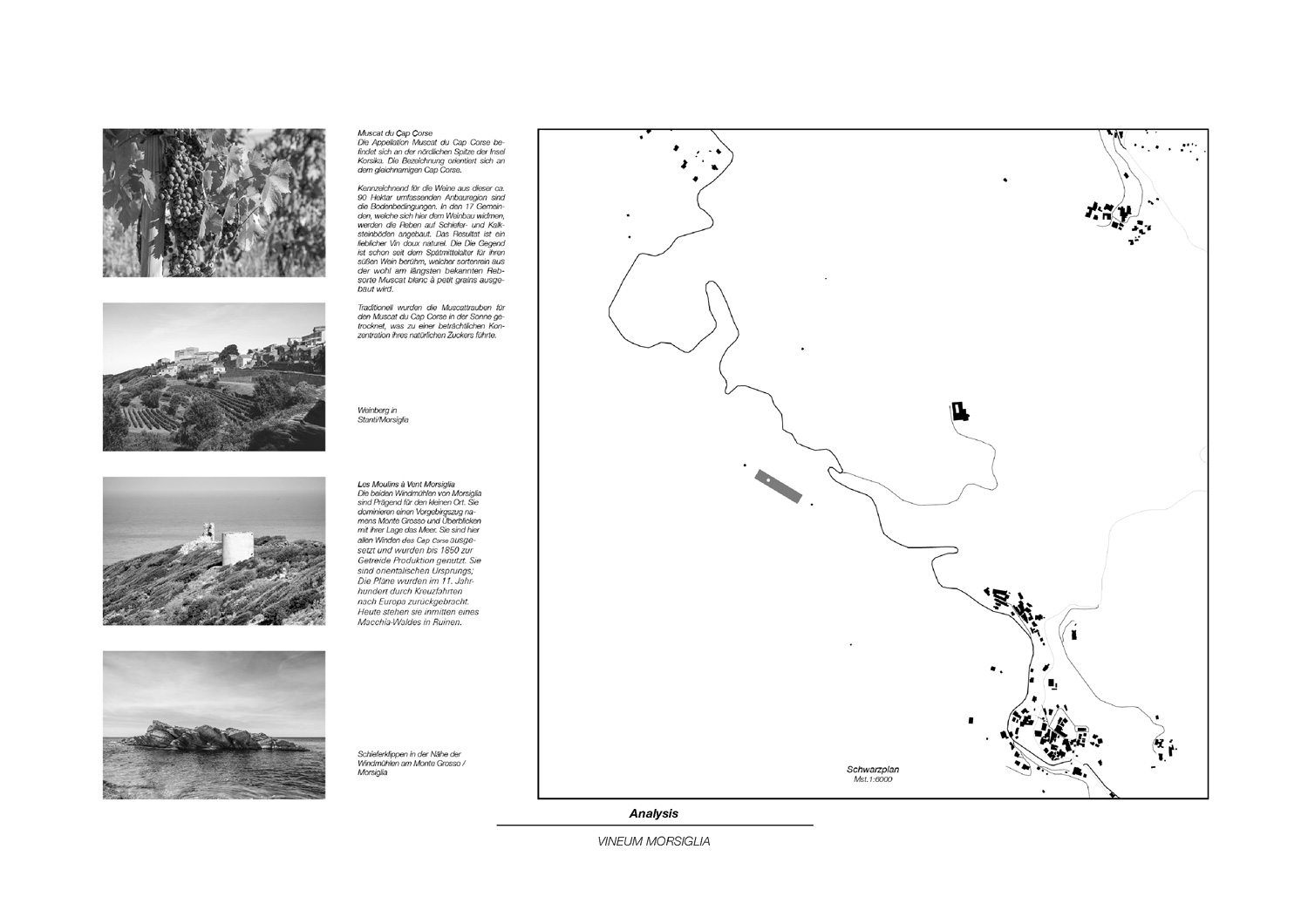 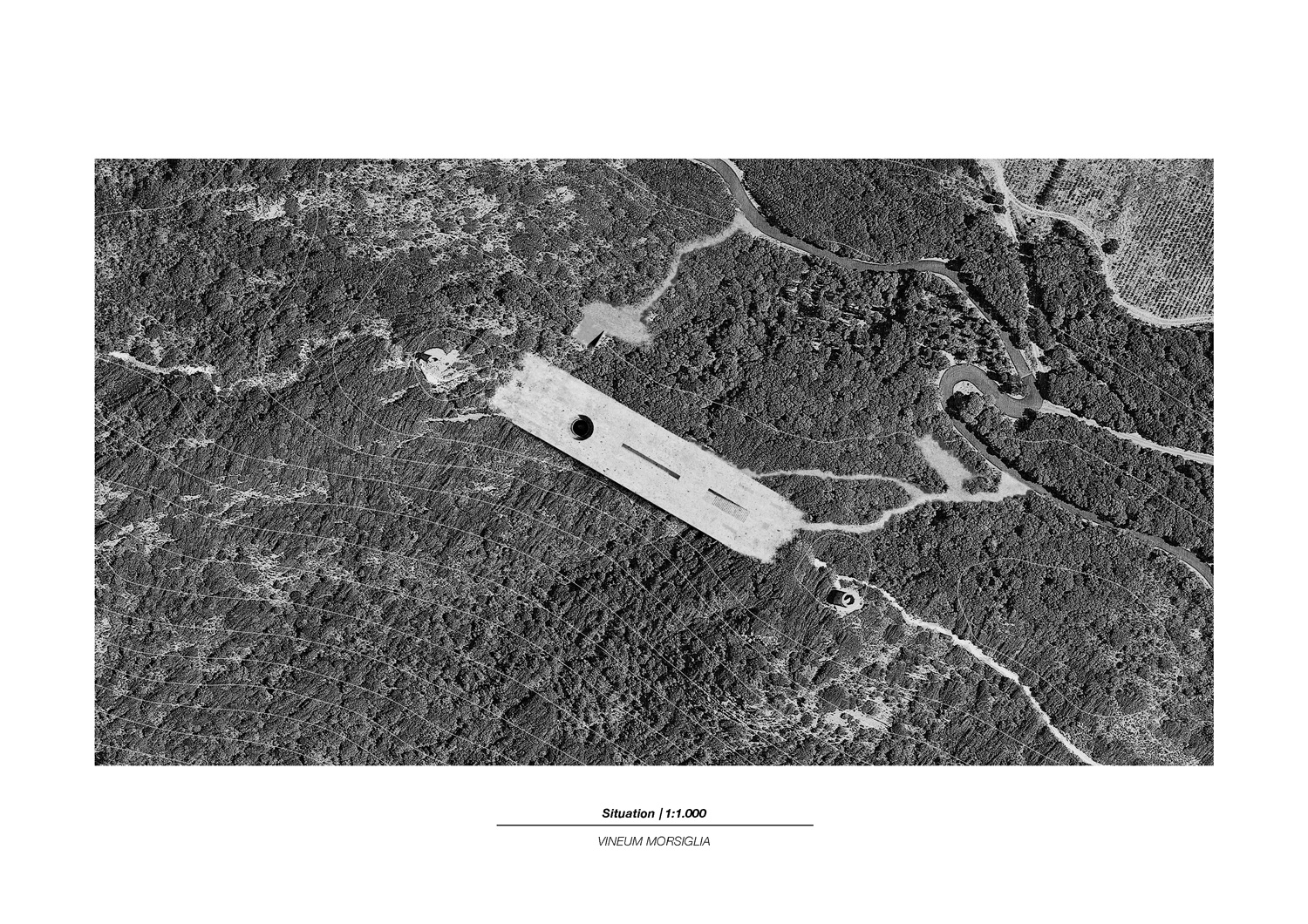 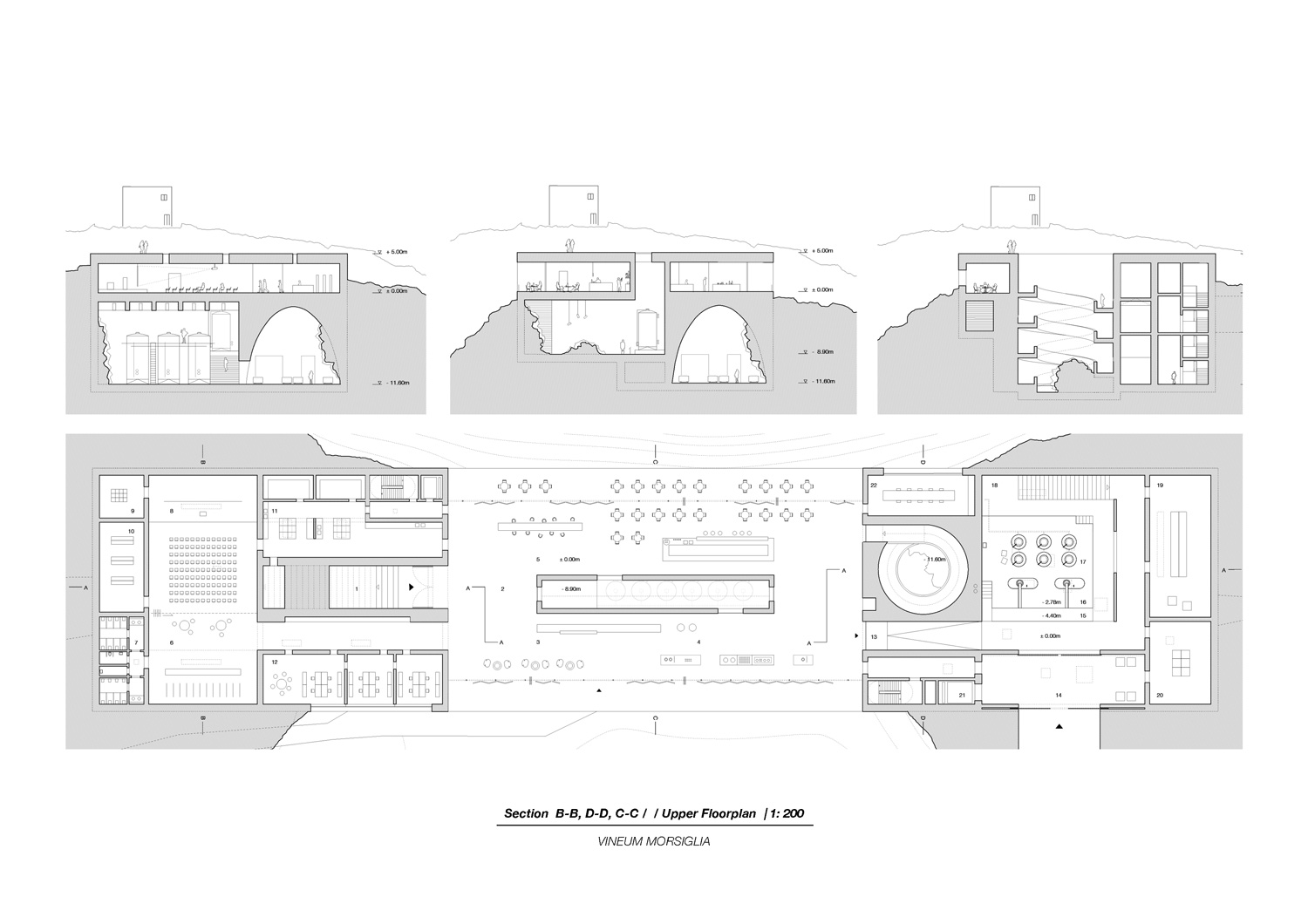 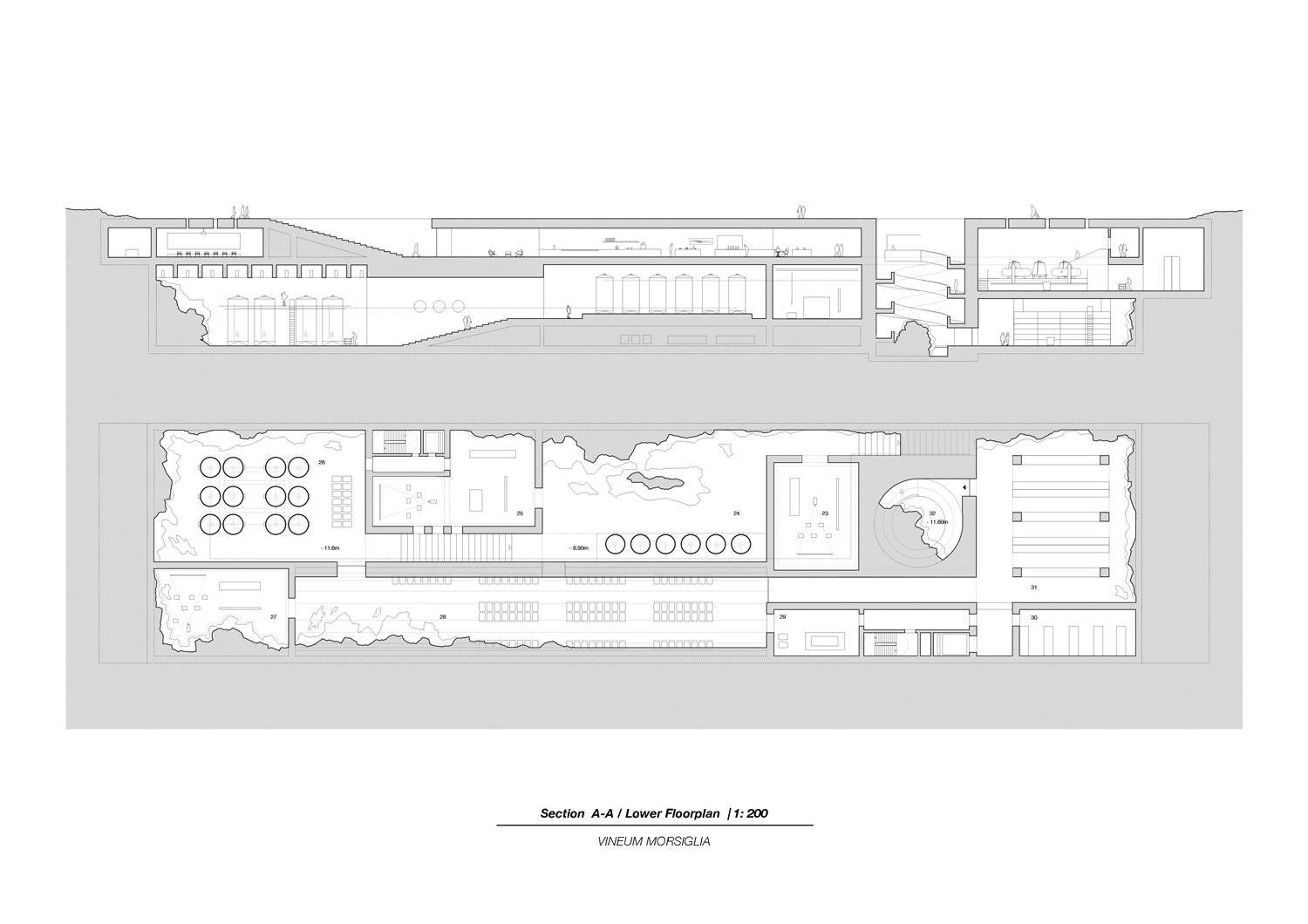 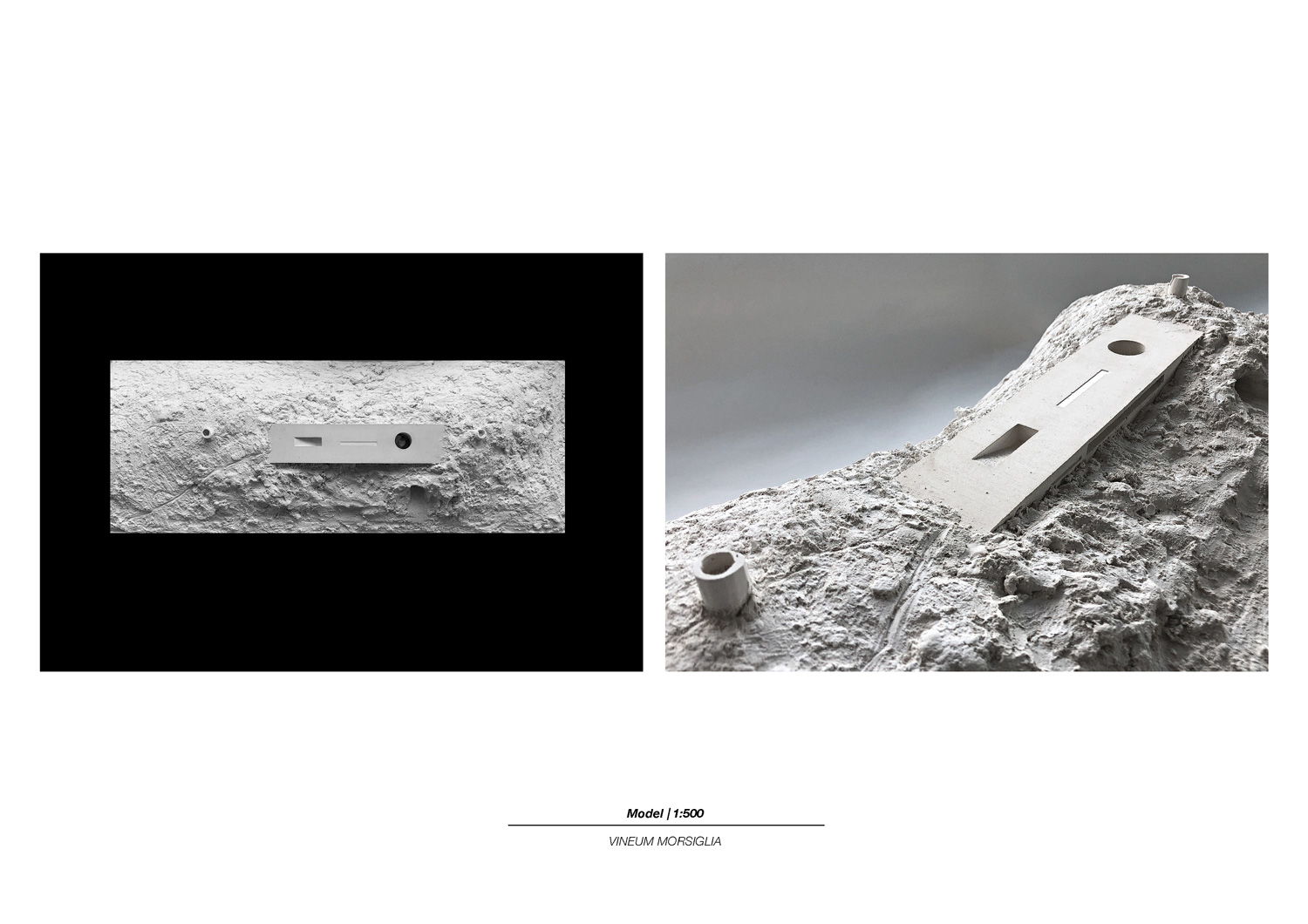 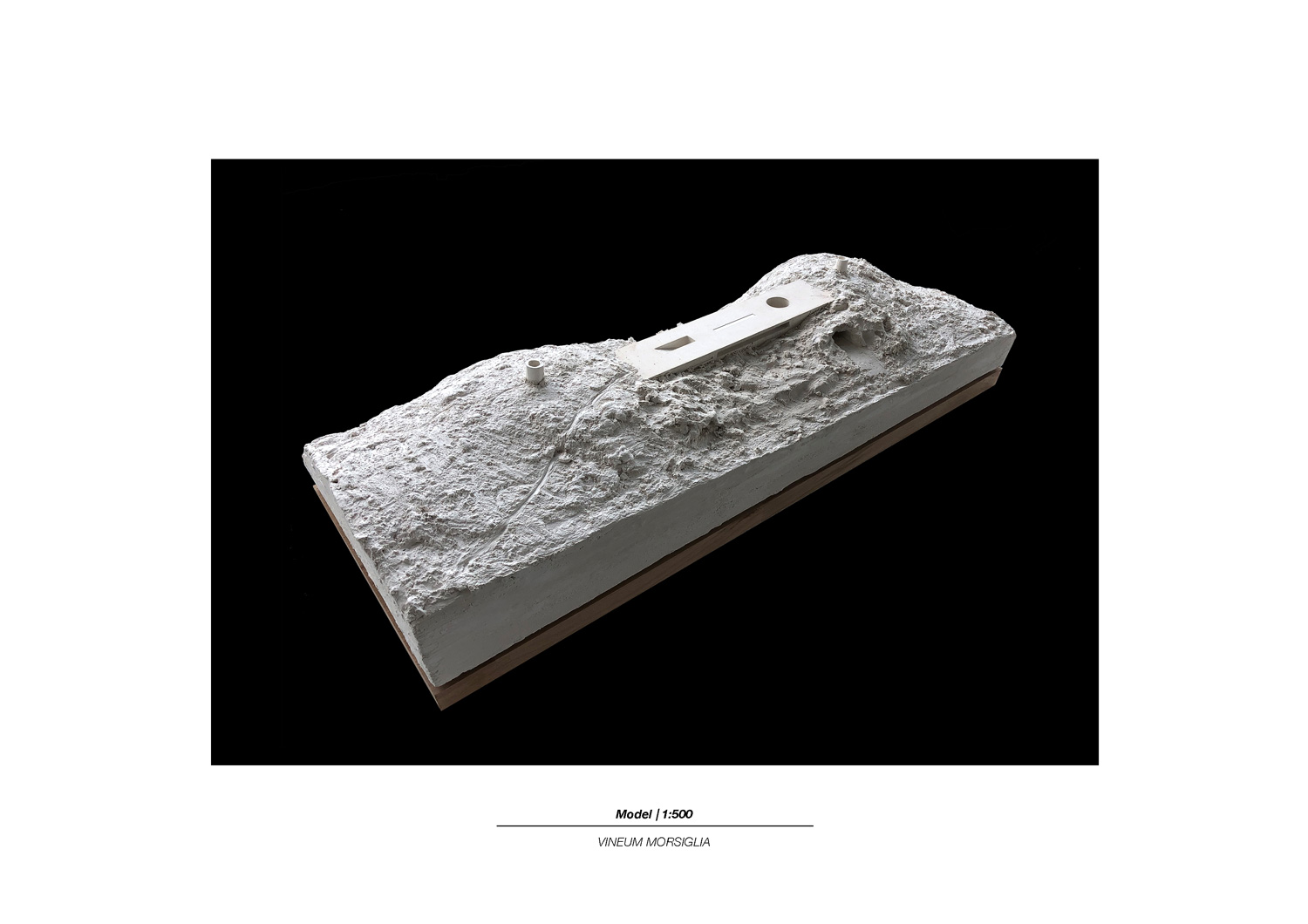 The «island of beauty» captivates its viewer with its rough nature.

The diversity of vegetation, geology and landscape is as rich as its history. Two contiguous continental plates stack up inland to form a 2700m high mountain massif, while its coasts were shaped by wind and sea. Here, subtropical beaches meet the dramatic cliffs.

The geology of the island has three types of rock: limestone in the south, granite in the Southwest and slate in the Northeast.

A specialty is the Cape in the north of the island, whose vintners have specialized in the cultivation of Muscat (Muscat du Cap Corse) due to the harsh coastal climate and the slate rocks in combination with the almost 3000 hours of sunshine a year. Its cultivation goes back to the Greek settlement of the region around 500 BC. and is made from the world’s longest known grape variety (Muscat blanc à petit grains).

When Armin Sandig painted his watercolor «Morsiglia» in the mid-1960s, he seemed to understand the soul of the place in the northernmost part of Corsica.

It shows a confluence of different colours that do not seem to follow any particular logic. It is the simplest way imaginable to record your impressions on paper and this is precisely what is captivating about it.

Sandig’s choice of colors is reminiscent of mycelia, earthy tones, cells or that of the sea. The colors are dripped onto the image as accents and then spread independently over the sheet. It testifies to the arbitrariness and naturalness of nature and that is exactly why it hits the atmosphere of the place of the same name so well.

The region borders on the Ligurian Sea to the west and runs to an altitude of up to over 600 meters in the east. While the region remains undeveloped for tourism, its inhabitants mainly live from wine growing and sale of regional delicacies.

The linear chain of a wine production for the traditional regional Muscat lies as a lowered bridge in the tension between the two ruins of former windmills, which shape the landscape of Morsiglia.

The newly created connection puts them in a special context and thus creates a place that not only stages the existing buildings in a regardful way, but also links the tradition of wine growing with the history of the region and the landscape.

The mountain range of Monte Grosso leads the visitor along a long-distance hiking trail through a typical macchia forest to the newly created plateau. As if by chance, an open staircase opens into the foyer of an open visitor level below. Two large openings are oriented to both the land and sea side. The shop and restaurant area are assigned to them.

A narrow corridor begins the circular route of the exhibition. Large stainless steel tanks – first of all the wine fermentation and later wine storage alternate here on a meandering path in the basement with exhibition rooms, which deepen the knowledge about the terroire and the production techniques of the Muscat.

The inverted tower breaks through the house from the plateau to the wine cellar and exposes the slate rock below. A cistern embedded in the floor reflects the incoming sunlight, which guides the viewer back to the visitor level as they rise. A tasting with a view of the Gulf of Saint-Florent rounds off the exhibition.

The yellowish slate is decisive for the cultivation of the Muscat du Cap Corse. The proposed architecture represents an equilibrium, which shows the terroire on the surface in equal parts and forms a physical connection with the rock in the production and exhibition areas. The confluence of millennia-old rock and new, smooth concrete, like Armin Sandig’s watercolor «Morsiglia», creates a contrast that allows the rock to emerge in a special way, makes it tangible, and locates the Vineum in its context.